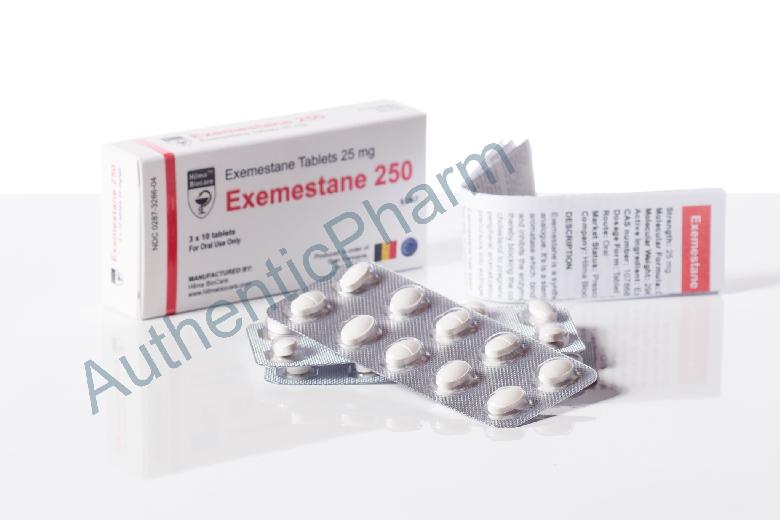 The possible side effects of Aromasin are very similar to the primary AI窶冱 in Arimidex and Letrozole. Many who use the AI often report fatigue and weakness, but this is often not an issue for the anabolic steroid user. The exception would be the steroid user who is in the middle of a harsh cutting cycle, such as in preparation for a bodybuilding contest. Many bodybuilders often report strong lethargy during this period, which isn窶冲 surprising due to the intense diet and often incredible amount of cardio. However, it窶冱 often amplified by the use of an AI like Aromasin. Overall, the primary possible side effects of Aromasin include: Weakness or Fatigue Headaches Hot Flashes High Blood Pressure Joint Pain Depression (rare) Nausea and/or Vomiting (rare) While the above represents the primary possible side effects of Aromasin, studies have shown the AI may have the ability to decrease bone mineral content, which in turn could increase the individual窶冱 risk of osteoporosis. This should not be a large concern for most steroid users as many steroids actually have the ability to greatly increase bone mineral content. Regardless, when looking at the side effects of Aromasin, while they largely revolve around possible the overall chance surrounds the individual窶冱 nature. We all respond to varying medications and hormones differently. This includes AI窶冱 like Aromasin to every last over the counter medication on earth and even applies to many of the foods we eat. The final side effect of Aromasin will revolve around cholesterol. Aromasin, like all AI窶冱 has the ability to negatively skew cholesterol levels. Alone it doesn窶冲 appear to carry this ability at a significant level, but when combined with an aromatizing steroid data shows that it may in fact become significant. This can be an issue of concern for the steroid user as many anabolic steroids already have the ability to negatively affect cholesterol levels. This is an issue that many steroid users give very little attention to. Most are far more concerned with possible visually related side effects such as acne, possible hair loss and water retention, but these really aren窶冲 too concerning. Cholesterol, that is an issue of concern, and while it is very possible for a healthy adult to maintain proper cholesterol levels and use anabolic steroids, it will take some effort and is worthy of your attention. When looking at the hard data at hand, we find that the use of Testosterone at a therapeutic level, such as in the treatment of low testosterone will statistically produce no negative effect on cholesterol levels. However, the same data shows that when the same level of testosterone is conjoined with an AI like Aromasin, HDL cholesterol can be decreased or suppressed by as much as 25%. Then we have performance level doses, which will have a moderate effect on HDL cholesterol, but once again this is exasperated by the use of an AI. Due to the potential negative effect on cholesterol, Aromasin and other AI窶冱 should only be used when necessary. Many anabolic steroid users rely on AI窶冱 heavily and that is a mistake. It is possible to avoid estrogenic side effects without an AI. It窶冱 not always possible, but when possible it should be avoided. Many will find SERM窶冱 like Nolvadex to provide all the protection they need. A SERM will not inhibit aromatization or lower serum estrogen levels, but it will attach to the receptors and prevent estrogen from binding. This can greatly aid in the prevention of gynecomastia. It can help with water retention to a degree, but it窶冱 often not enough for many men. However, most men will find they can do a lot to control water retention if they do a better job controlling their diets. Excess calories are necessary for growth, but when the excess is heavy this will promote water retention. This will hold very true with excess carbohydrates more so than anything else and will hold true with or without the use of anabolic steroids. If the individual is consuming an abundant amount of calories and adds an aromatizing steroid to the mix, this will only exasperate the problem. Further, keep in mind that while excess calories are necessary for growth, normally this only requires a slight increase above maintenance. The total increase will vary from one man to the next based on his need, but rarely is it as abundant as many make it. Control your diet and your carbohydrate intake and you will do a lot for controlling water retention. While SERM窶冱 can offer a lot of protection, some will still need AI窶冱. This will be very true in many hardcore plans, and can often be beneficial to a contest cycle. However, use should be limited to when only necessary. Many who implement moderate anabolic steroid cycles, which is the vast majority of anabolic steroid users would be surprised by how little Aromasin or any AI they could actually get by with.